Click the button to be taken to newsletter registration

While some states, like Missouri, continue to debate Medicaid expansion and its implementation, the Texas legislature passed what they believe to be an alternative. Like many states, the Lone Star State’s legislative session has come to a close, but not before the legislature passed the “Healthy Families, Healthy Texas” legislative package. As other states review Medicaid expansion, many Texas Republicans hope that this set of bills can serve as a model for conservative healthcare reform moving forward.

The Healthy Texas legislative package is comprised of 12 individual bills, all of which are intended to broadly increase Texans’ access to healthcare services. The first portion of the package, HB 4, seeks to increase access to telehealth services, including making some telemedicine benefits triggered by the pandemic permanent. The law also increases access to preventive and behavioral healthcare with the goal of reducing unnecessary emergency room use and “no-show” appointment rates. In the same vein, another bill in the package expands broadband access to rural swaths of the state, allowing for more residents to have easier access to these telehealth services. The package also includes a bill to make it easier for providers to work with patients across state lines by entering Texas into the Interstate Medical Licensure Compact, streamlining the process for physicians to practice in multiple states. This bill permits physicians in other compact states to receive expedited licenses to practice in Texas.

While Texas has no plans of enacting a full Medicaid expansion under the ACA, the Healthy Texas package does include a modest extension of Medicaid coverage specifically for pregnant women from 60 days after delivery to six months. Lawmakers included this provision after citing a state report that indicated black women and Medicaid enrollees were more likely to die from pregnancy-related complications and that a majority of such deaths are preventable. In addition, many Medicaid-eligible children have been losing coverage and access to primary care because of how many mid-year eligibility reviews are required. To rectify this issue, the package makes children continuously eligible for Medicaid by reducing the number of mid-year reviews from four to one.

Other areas that the package deals with are prescription-drug costs and price transparency. Healthy Texas creates a prescription-drug program through the Health and Human Services Commission that permits private pharmacy benefit managers to offer rebates to uninsured individuals. Additionally, the package includes a bill requiring state hospitals to publicly post prices for their services. This is intended to serve as a companion to similar federal price-transparency regulation that went into effect on January 1, which, according to CMS, has a low compliance rate thus far.

The final pertinent portion of the package allows the Texas Mutual Insurance Company and Texas Farm Bureau to offer alternative healthcare coverage products that are technically not health insurance. The Texas Mutual Insurance Company was created in 1991 to provide workers’ compensation insurance, which includes injured or sick employees' medical expenses. This law will expand those benefits to rural residents, small-business employees and others. The package allows the non-profit Texas Farm Bureau, an advocacy group for the state’s agriculture interests, to offer health benefits to its members. Any plans offered by Texas Mutual or the Farm Bureau would be exempt from many state insurance regulations.

Shortcuts to our most purchased products. 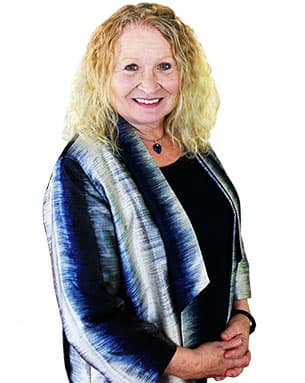 Serving DFW and all of Texas

Insurance products for your life, health and family.